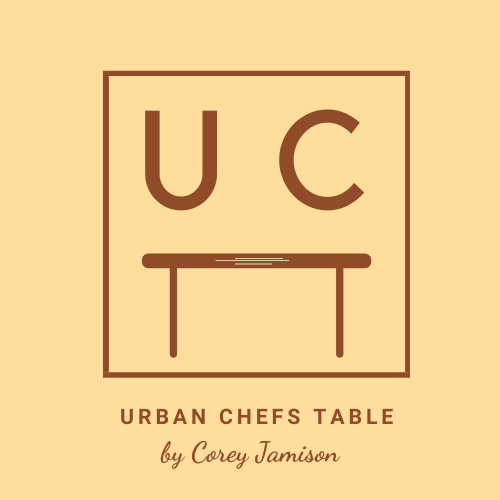 Chef Corey has been cooking since the tender age of 9, He was inspired by his mentors which happened to be his grandmothers. His earliest memories are triggered by the aromas from their homes and being welcomed in by the smells of fresh southern cuisine being curated for the nourishment of his soul.

Corey picked up the gift of cooking early by taking on the daunting task of recreating the dishes that were prepared for him with minimal guidance from his elders. While only using his pallet to mimic the flavors and experience, Corey’s destiny was born. He attended home economics courses in a traditional high school and later transitioned to a vocational school to hone his talents as a young and upcoming chef. There he was being molded into the baking portion of the program. He competed in the regional and state baking competitions, racking up scholarships and grants to pay for school. He chose the baking and pastry program at Johnson & Wales University in Rhode Island.

After the successful completion of his studies, Corey returned to Brooklyn, New York to explore his dream of working in Manhattan at the best restaurants. He landed his first job a the Ritz Carlton in a popular restaurant called Town owned by Geoffrey Zakarian. Since then, he has served on the lines at Dona by Donnatella Arpia working under Chef Micheal Silakis, Gramercy Tavern with Nancy Olsen, and Christina Tosi at Momofuku Milk Bar.

WE LOOK FORWARD TO COOKING FOR YOU!